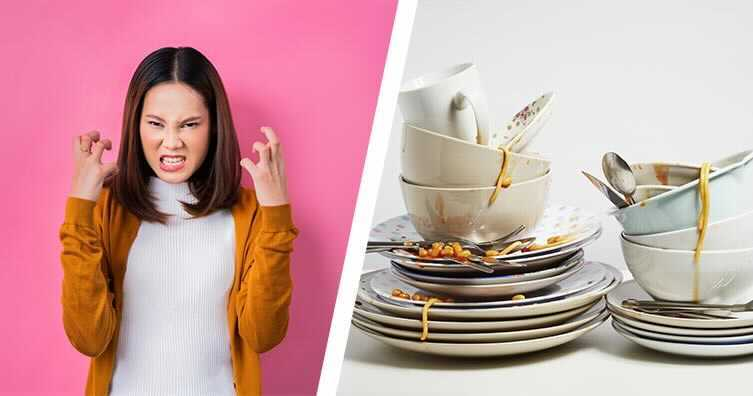 8 Things To Consider When Picking Your New Housemate

If there’s one thing that this year has taught us, it’s that your environment is pretty important. There’s something about being stuck in a house with someone all day every day that will bring out all those underlying feelings about their personality that you may have been able to ignore or gloss over when you were all going out and getting wrecked every night. Who knows what the future holds, and on the off chance you’re going to be trapped in a house with someone again, you may as well make sure it’s the right cellmate.

Picking the right housemate is one of the hardest decisions you’re going to have to make at university, and this year it’s even harder. Unless you’re already moving in with previous flatmates, chances are you’ve found someone on MSG (L) or you’re taking a punt on someone you don’t necessarily know very well. And even if you think you know them, what most people don’t realise - just because someone is your best friend, doesn’t necessarily mean you should live with them. In fact it’s often the opposite. There’s something very different about the relationship between someone who lives, eats and sleeps in the same building as you. The right choice can lead to a certified friend for life, and the wrong one can make you tetchy every time you walk through your door...

So without further ado, here are eight things to look out for when picking a housemate to live with for the next year to make sure you have the best uni year possible.‍

Unless you’re a deep sleeper, live with people that have some level of circadian rhythm matchup to you. There’s nothing more annoying than someone blasting tunes at 4am when you’ve got an assignment the following morning. Equally, if you ARE that person that’s practising your mixing late at night, you’ll feel less guilty if you also know your housemates are night-owls and are sat in their bedroom playing video games, completely oblivious to that slightly sketch track blend you just butchered.

Sidenote - sometimes it helps to be slightly out of sync when it comes to sleep/morning routines - there’s nothing more annoying than 4 people all wanting a morning shower at once when you’re late for a 9am lecture and you haven’t even cleaned your teeth yet.

‍This one’s a biggie. There is one housemate more infamous than them all. They come in the dead of the night, silently creeping down the stairs while everyone else rests - The milk thief.

Sharing, done right, can be an excellent economic move. Bulk buying things like pasta, rice and bread can make your weekly shops way less expensive as a house. But the lines must be drawn early, and agreed upon by all. What can be shared, and what’s off limits? If someone steals a yoghurt from a multipack, but then replaces it, you’re probably going to let it slide. But what if it was the last yoghurt? What if they eat Taste the difference, and substitute for Lidl? Beware the house scrounger, and set the boundaries early to avoid heartbreak. This can swing both ways though. Often, sharing can be a healthy part of the house dynamic. Do you really want to live with someone that won’t share a pinch of baccy when you’re fresh out and the shops are shut?

Uber’s home from a night out. Drinks in the club. Toilet paper, washing up liquid, soap, sponges and cat food for the local stray that’s decided to camp out in your house. These are all things with costs that need to be evenly balanced out between housemates. There is nothing more frustrating than the housemate that wages psychological warfare on utilities, holding out so that they don’t have to buy the next toilet paper batch. Come on mate, it’s been four days! You know something is up when they start heading to the library right after their morning coffee, despite not having attended a lecture all year. A housemate that would rather brave public toilets than pay for a fresh bundle of andrex is definitely going to be problematic…

Another big one is bills. Getting money off housemates can be a major pressure point in a house, even when it’s to pay for common amenities like heating and water. Make sure whoever you’re moving in with is a team player, and if they aren’t, set up a shared pool of money to pay for bills or household items, or better yet, use a bill splitting company that does the dirty work for you.

‍Is your housemate going to be a permanent living room lounger or locked up in their bedroom all year? Maybe you like the peace and quiet, but if you wanted to live with someone you never get to know or spend any time with, you probably would’ve stayed in halls. There’s nothing better than a spontaneous house pub trip/night out, and when the inevitable hangover hits, you can’t go wrong with a house movie night and a group cuddle.

You may want a bit of variety here - but a house full of coursemates would definitely help note sharing. Workload is probably an important thing to factor - even if you’re not doing the exact same courses, the jealousy will set in when your flatmate with 6h contact time shoots off to platts every time the sun comes out and you’re stuck inside on an all day and night grind.

‍Does your new housemate match your morals & political standpoint? Does this matter to you if they don’t? This one’s subjective, so you’ll have to call this one yourself. We’re not getting involved. Sorry!

Yikes. This one goes without saying. Everyone knows that the number one cause of housemate arguments is located in the sink. It’s a battle to the death - who will break first and give in? Make sure you establish what we like to call ‘the line of lowest acceptability’ aka the messiest you’ll allow the house to get before everyone needs to get involved with a deep clean - and make sure everyones unanimous in what this line is...

You agreed to living with a set amount of people. You’re splitting the bills between housemates. You did NOT agree to live with someone's boyfriend/girlfriend. Why are they always in the shower at the wrong time? Why are they here when your housemate isn’t? How are you supposed to walk around the house butt naked? Listen, you’re happy for them and everything, but it gets weird real quick. You didn’t agree to this home invasion. And worse, they’re using up all the toilet paper doing whatever they are doing in there…

‍In the end, no one’s perfect. But this decision is pretty difficult to undo, so it’s worth taking the time to make it properly. Don’t get pressured into a house you know you’re not going to enjoy, even if it might spark a few awkward conversations within friendship groups. Take your time, consider the 8 factors we’ve outlined above, and get excited for the best year of your life. At the very least, it can’t be worse than last year. Can it…?